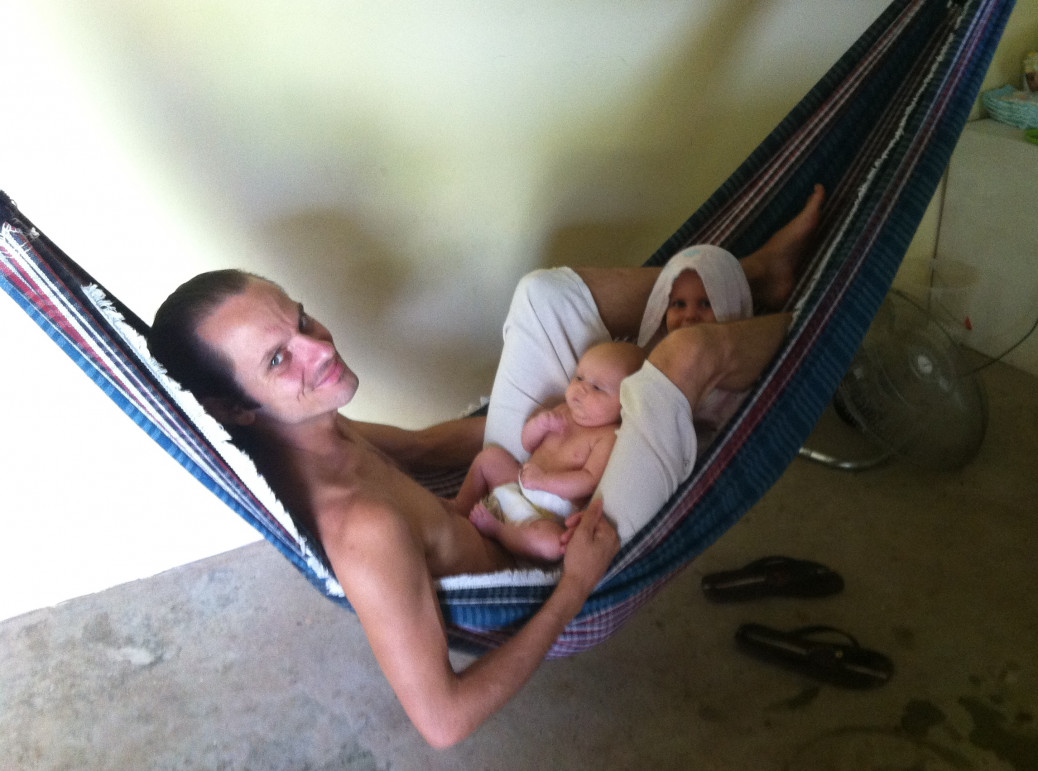 For as long as I have known Jamil (either virtually or physically) he has talked about the family as being the foundation of everything else that we build, and to be honest, until only a few of weeks ago I thought that Jamil had an ever so slightly reductive view of things; that perhaps there was something that he was yet to see. But, as always when we see something lacking in another, it was not the other who was lacking but myself…

There is a passage from a film I remember (10,000 BC) that is quite poignant. It goes something (but not exactly) like this – “all men draw a circle around themselves and protect what is inside; most men draw a larger circle encompassing their family; some draw an even larger circle and encompass more people; others still draw a circle so great that it encompasses many more.”

The fact is that we who are engaged in driving this planetary transformation, regardless of whether or not we have children ourselves, have drawn very large circles – circles which encompass all of humanity; all of creation in fact – we are, to some extent or another, mothers and fathers of humanity.

In the four months that we have been here, I have not once seen Jamil act in any other manner than impeccably – throughout all the challenges of life here in Aguano (which believe me are extensive) he has maintained balance and poise; he has loved and supported his family; he has loved and supported my family as his own; he has practiced what he preaches – he is a true father to humanity.

These last few weeks without the internet have been some of the most insightful days of my life – in what I think was my very first blog post back in late May I wrote about how it seemed that this place had a remarkable capacity to draw out ones remaining psychoses like poison from a wound – evidently, it seems, my words have come home to roost!

The fact is that for a large amount of the last three years whilst we have been working feverishly to prepare, launch and drive the NewEarth Project, I have partially permitted the illusion of limited time to drift back into my reality framework, and in so doing have permissioned the reformation of priorities – where before there were no priorities at all, only consciousness in action, there slowly begat a prioritisation of the project, the vision, the mission etc.… It is of course not a black and white situation, but you get the idea.

What Jamil has, by being a clear reflection, sparked the remembrance of in me is that one needs to have their own house in order before they have the power to magnetise others who also have theirs in order; that just because one was consciously experiencing the truth of life in each moment last year, last week or even yesterday, does not mean that the work is done (something which is so unbelievably obvious it’s almost sickening to contemplate that one overlooked it); that to be truly powerful one does not need to be, or even appear to be, invulnerable – on the contrary, ones absolute vulnerability is required – vulnerability does not stifle our inherent power, it completes it.

So this right here is me… being vulnerable.

You see, ever since we have had children, we have been away from our families and without the natural physical support that nature intended they provide. That sense of support which comes with family is something which has been missing in our lives for a long time. We absolutely found it with NewEarth; in particular with Sacha and others in the NE family, but that has been largely virtual, and even where/when the relationships are physical, there have been no other children involved; no other families… now, at last, I really know what it feels like to grow a true extended family – where the men are fathers to all and the women mothers to all, inherently loving each other’s children as your own. And it is indeed a blessing…

The burning question now is – is anyone else out there ready for such a family? We are, at last, ready for you.

There are no users currently online

Be sure to browse communities and groups before creating a new one, maybe your idea or location already has an existing network you can join!